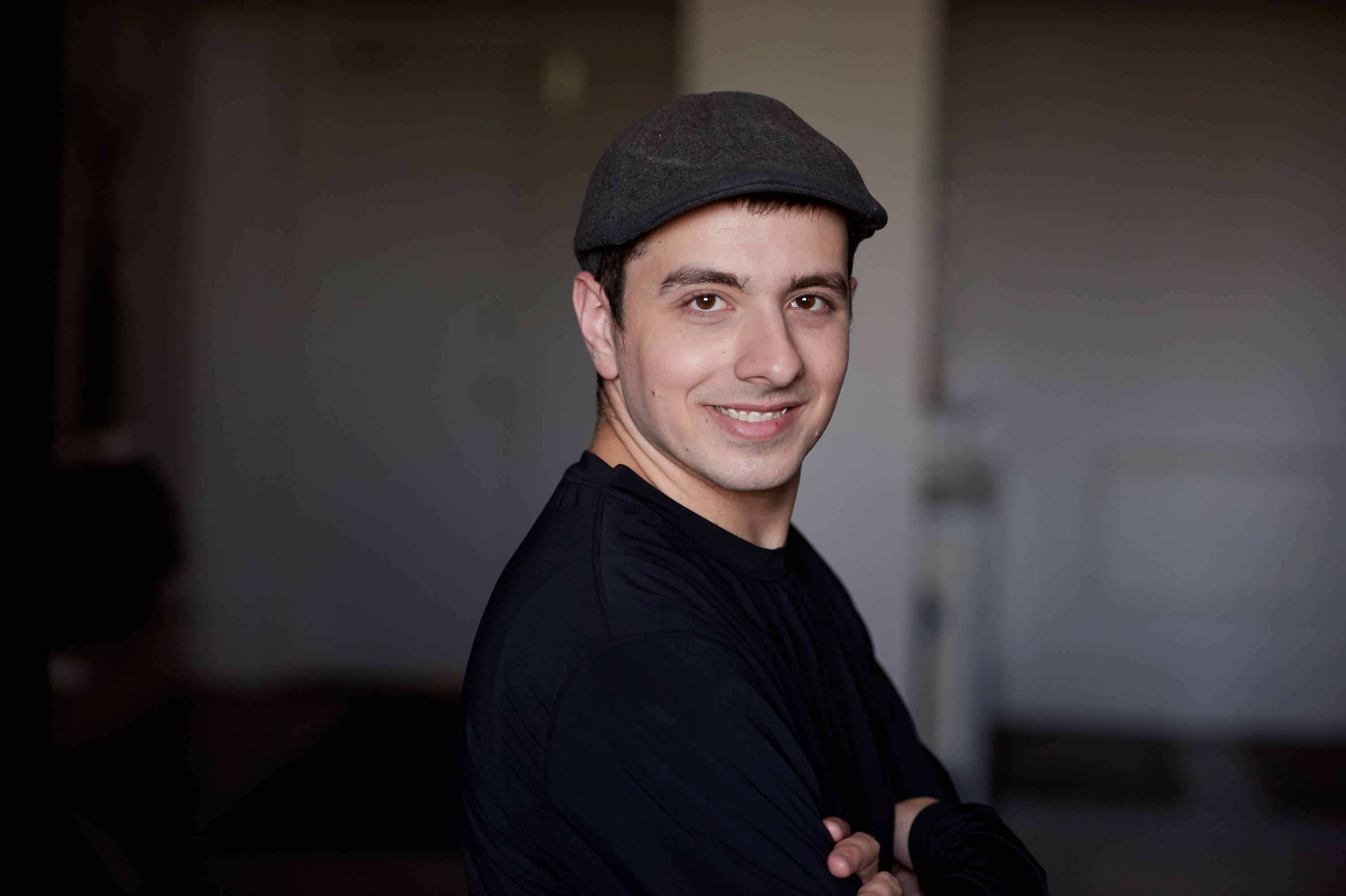 When I first contacted Guinness and told them that I had 5,000,000 redemption arcade tickets, they told me that the tickets would have to be laid down somewhere and counted. I had to defeat the 1000 meter mark. Where and when I would do this was up to me and my team. 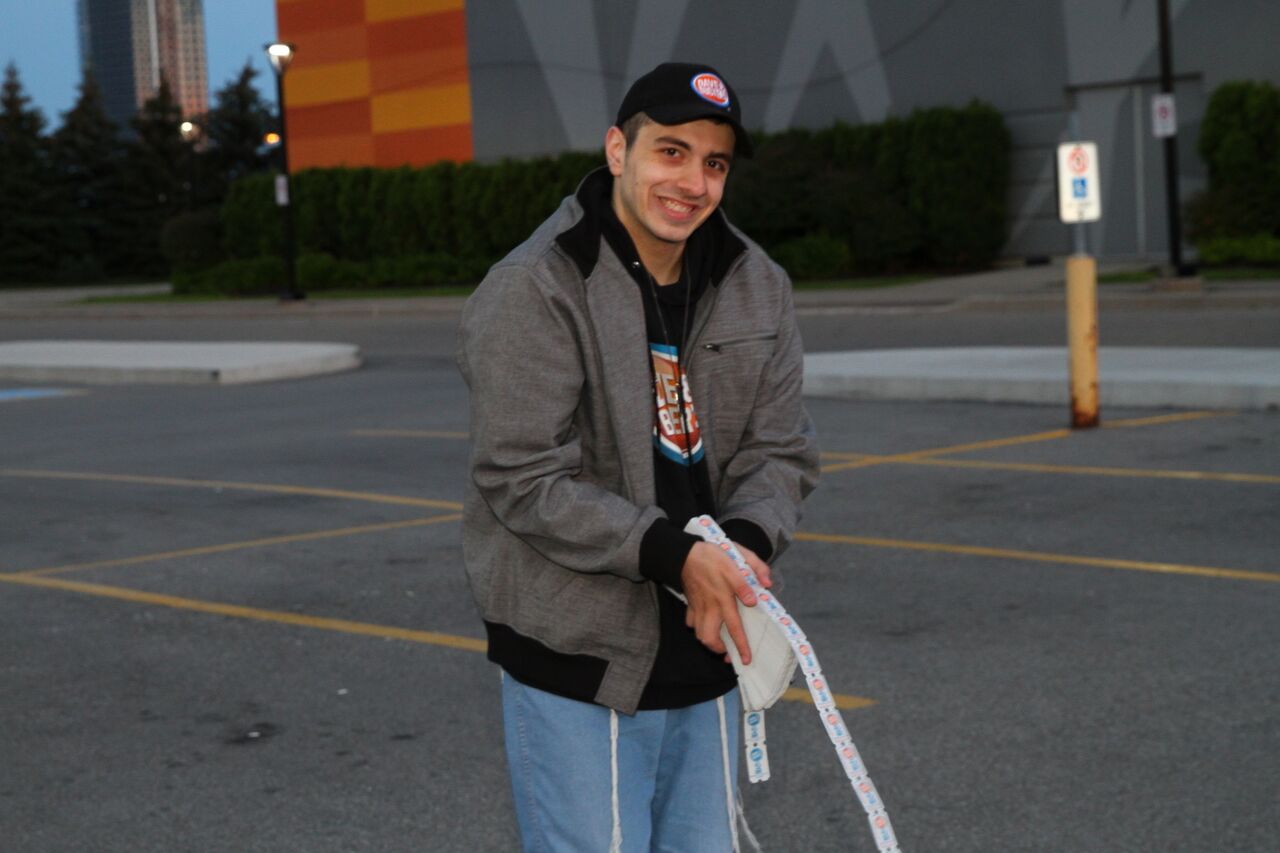 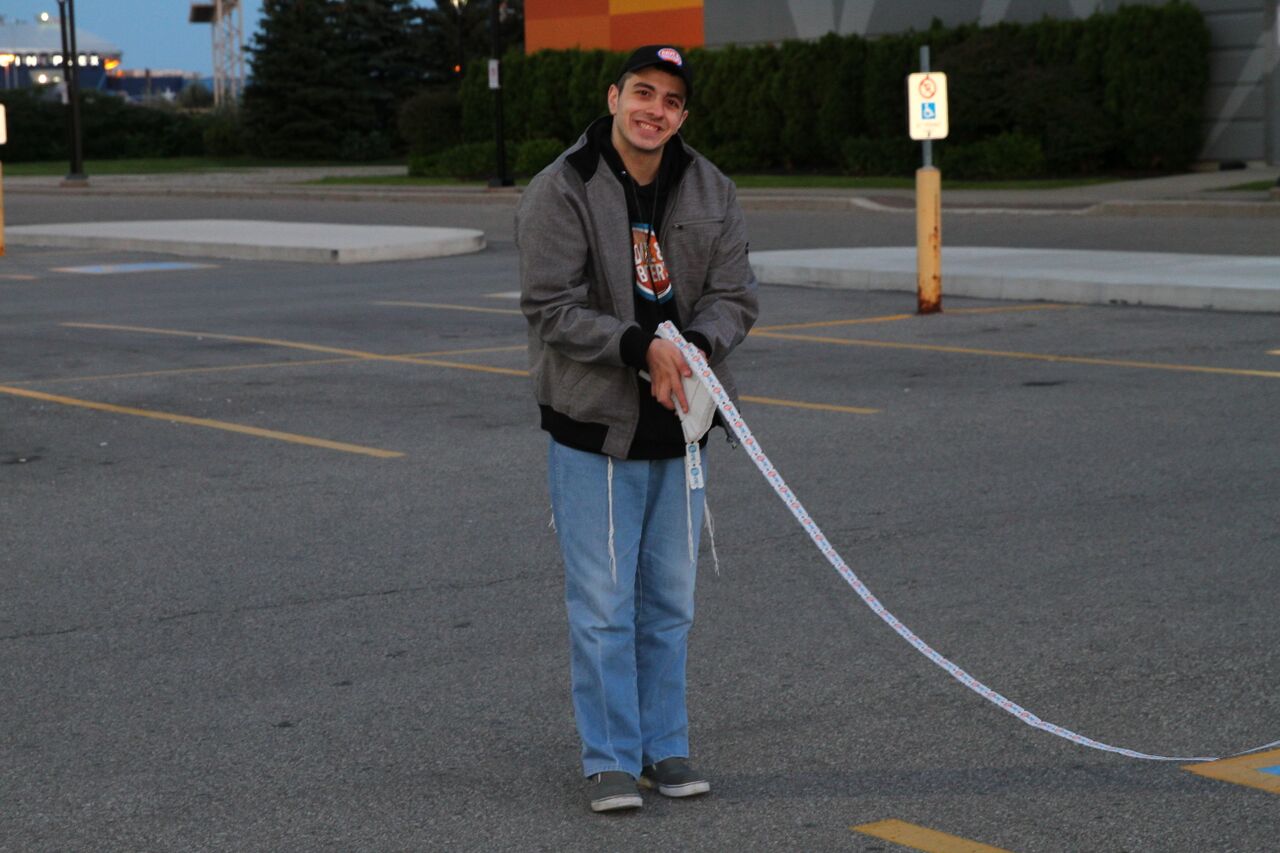 With us were the required crew of two witnesses, a land surveyor, a photographer, a videographer, and at least three helpers who made sure we placed the tickets properly in rows without any overlaps.

After laying down several rows of tickets from one end of the parking lot to the other, we began to think that this was easier than anticipated. The rocks were holding the tickets in place and we were slowly filling up the lot with redemption arcade tickets when the inevitable happened. 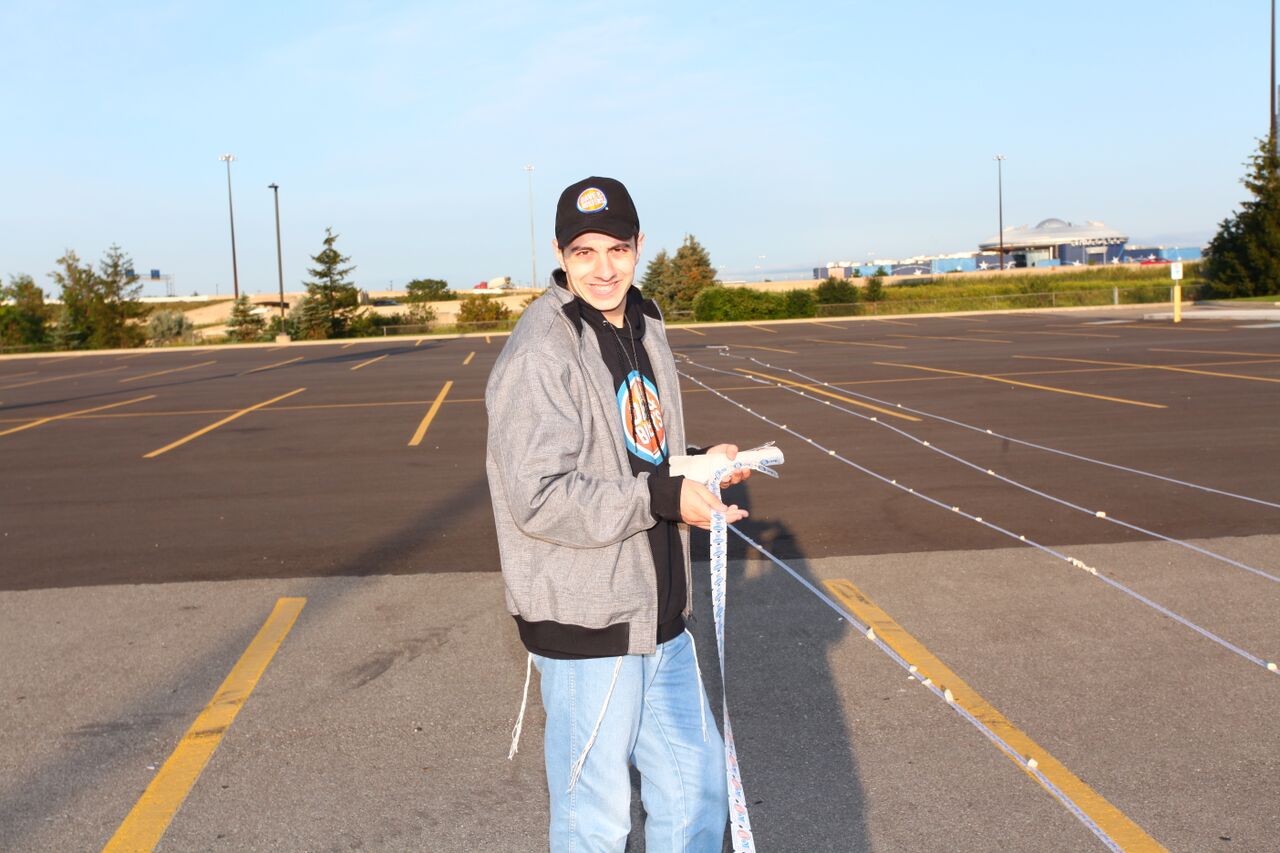 After we had set down several rows of redemption arcade tickets and placed rocks on the line of tickets to hold them firmly in place, an unnatural wind came at us from both directions (Dave and Buster's parking lot is situated between two busy highways), and unfortunately the rocks could not hold up in the wind! 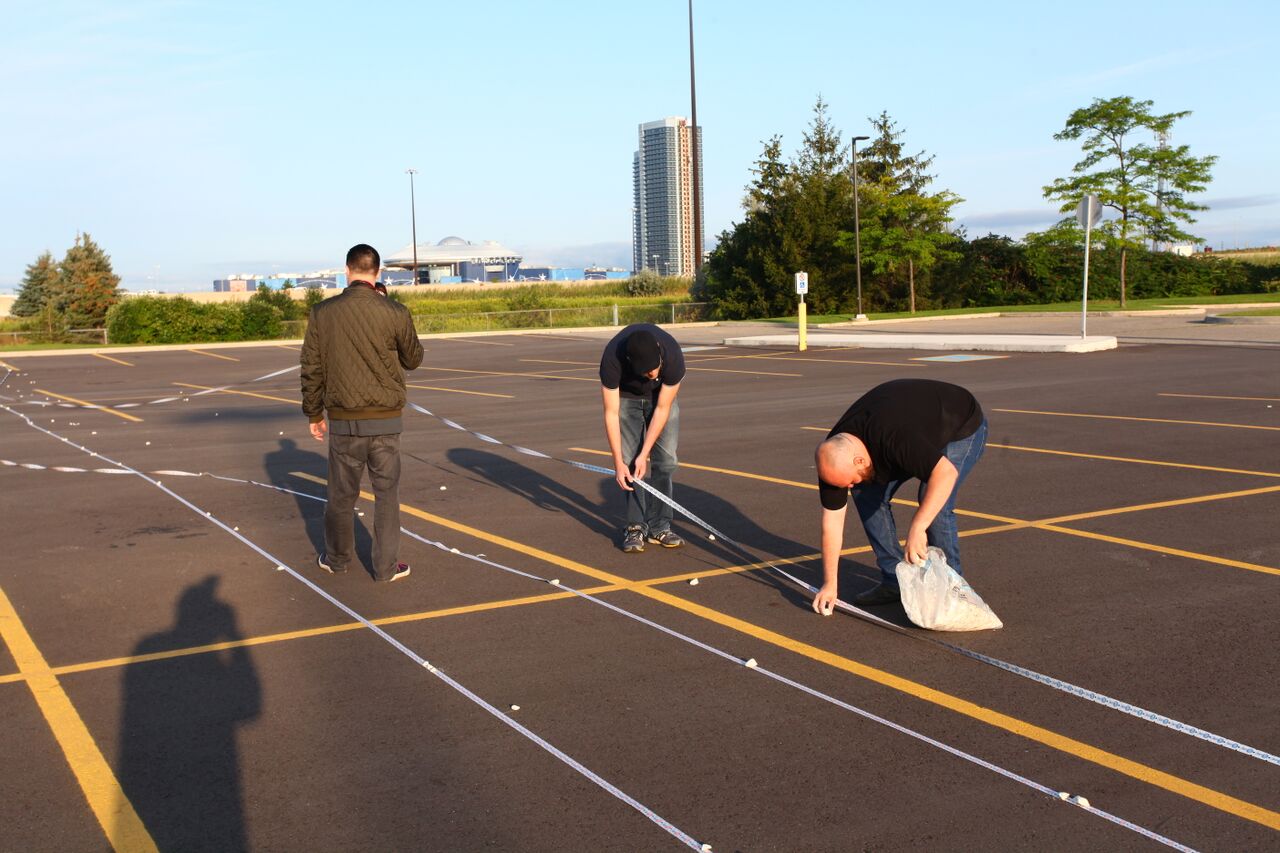 If At First You Don't Succeed,
You Try Again

We couldn't give up. We had preplanned this event for months prior to its attempt. Our crew was being paid by the hour and this attempt would be a waste if we had to do it again. So we tried and tried again to make it work. We kept hoping the wind would die down as the sun would rise in the morning. There had to be a way to attain this Guinness Record without all this hard work, we thought. But we thought wrong. It was harder than anticipated and by the time, nine o'clock came around, we had to cut our losses.

Then one of our crew members came up with a brilliant idea: do it indoors. Indoors? Where would we find a place that would hold thousands of meters of redemption arcade tickets?